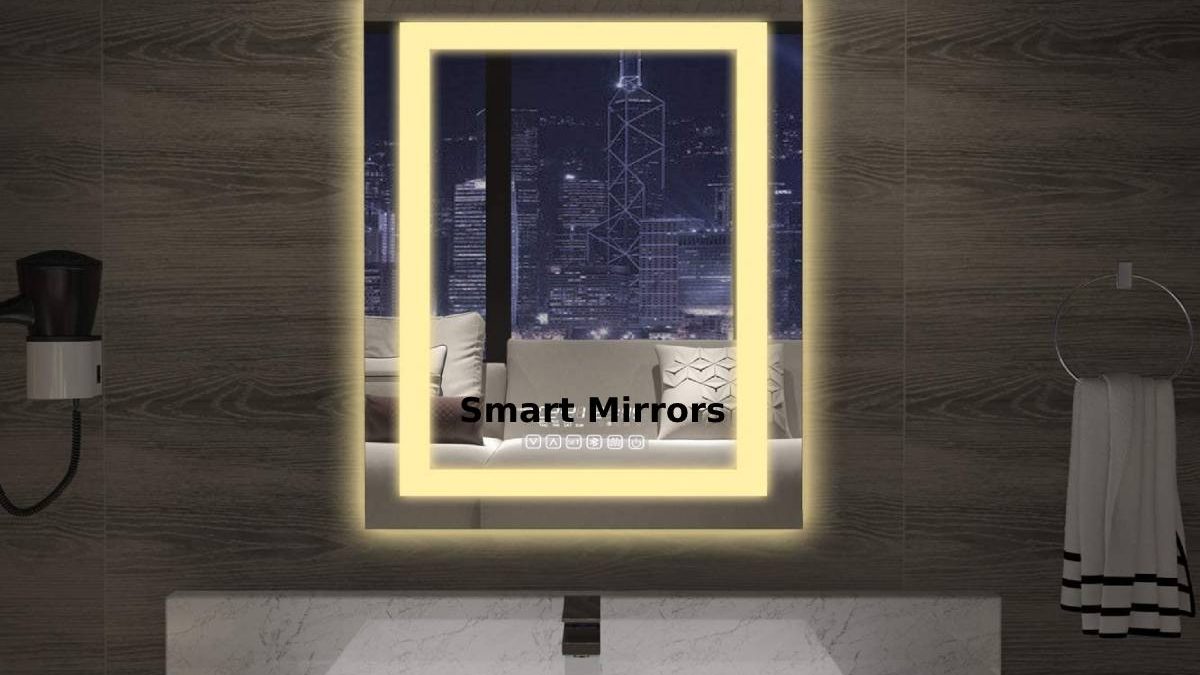 Óscar San Román found a business opportunity for advertising, at a time when people are increasingly exposed to different impacts, in the only place that people do not resist seeing: the mirror.

The founder and CEO of Ad Mirror turned this everyday object into ad space. After verifying that seven out of 10 people who attend a gym interact with mirrors, he offered these platforms to brands to interact with consumers in the most organic way possible.

“People are struck by it because while looking at their reflection, they also see images or videos that interest them,” explains San Román.

According To Marketing Agency Smart Mirrors.

Make360, people receive around 5,000 visits a day, of which they only process 10%. In this intoxication (information overload), the challenge for brands is to stay present and differentiate themselves from the competition. According to the company, 571 new brands are created in the world every minute.

We want companies to have the opportunity to captivate their audience through non-intrusive advertising, “says San Román.” That is why we decided that smart mirrors were in places where they spent more time looking at them, the gym, and in turn in common. Places like the machinery area, dressing rooms, reception “.

In this first stage of the launch, these mirrors were develop with Ad Mirror technology, transmit images or videos in specific periods, with a 15-second pause for each ad to avoid saturation. While they are primarily commercials for the 30+ brands they work with, people can also view the gym’s internal information and instructions for proper exercise.

It’s a good strategy, “says Mario Alberto Nava, a marketing specialist and professor at the Escuela Bancaria y Comercial.” When anything is distracting, placing the ad practically on your face becomes attractive and even easy to appreciate. Be careful that they are not so long because no matter how much it is necessary to look in the mirror, people get tired and leave”

The CEO of Ad Mirror explains that after surveying gym goers, they found that only one in 10 people who interacted with these mirrors were indifferent. At the same time, 70% liked the initiative. Even 90% said that they already felt they were part of the environment of the sports establishment.

In this same analysis, the company identified that each person could impact up to six times per visit, with an average view of 9.29 seconds. This figure is above the industry average, which, according to Havas Mexico, stands at 8.3 seconds. In 2005, when the impact of advertising less, people’s attention laste up to 12 seconds.

“The challenge for brands is to make their message clear in these nine seconds; if they don’t. The time will be shorten. You have to leave people hook enough so that they return to the brand, that they enter your website. Or that they scan the code that is show  them,” warns Merkel Lehman, an academic at La Salle University.

In this sense, the account director of the Incentiv Action agency is commit to repetition. So the at least it ensures that the ad stays in the user’s mind. “Later, perhaps, they would have to Manage your social media planning to complete the action,” she says.

In the next stage, explains San Román, the mirrors will have motion sensors that detect. When the person is in front of the mirror, paying attention, to launch the ad automatically. Then, he assures him, will allow for a long viewing time.

In addition, it plans to develop technology that helps to recognize who is in front of the mirror. That is, if it is a man or a woman, how old it is.And what its physical characteristics. Are so that the ads the display will direct 100% to the target audience.

Since December, the company has been working with the Smart Fit gym chain. Its smart mirrors as found in 10 establishments in Mexico City.

“We intend to be in all units nationwide, and we are already in talks with Sports World. Which now that we are talking about merger we hope that it will allow us to have easier access. In addition, we are looking to enter independent gyms and other chains such as Sports City,” says San Román.

The Egnyte Platform - More IT Control, The Foundation, And More